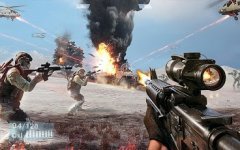 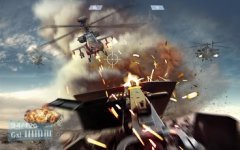 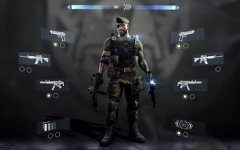 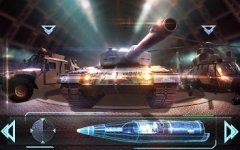 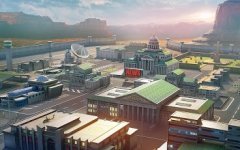 Invasion: Modern Empire - A good global real-time strategy game in which gamers will be forced to conquer enemy lands, improve their army and form alliances with other players in order to defeat a common enemy. To successfully create an empire, gamers will need to develop an effective strategy, and they will also need cunning, ingenuity, and agility. With the exception of a well-developed gameplay, the application boasts a comfortable control system and unrivaled three-dimensional graphics with an incredible amount of special effects, which looks pretty cool on the displays of portable android devices.

Rusted Warfare - RTS Strategy
a classic real-time strategy game where users will be forced to control their large army.
upd

Clash of Lords 2: Guild Castle
A good real-time strategy toy, the game mechanics of which are similar to the Clash of Clans game
upd

Age of Ottoman
An excellent epic strategic game, the events of which are developing in medieval Asia.
new

I am Archer
entertaining real-time strategy game. The enemy army is advancing, and its forces are only growing,
upd

Magic Brick Wars
The original MMO strategy, where the user will be offered to get used to the role of a military
upd

Empire Warriors TD Premium: Tower Defense Games
We present you a mixture of RPG and Tower Defense strategies. In this Android project, players will
upd

Eight-Minute Empire
An interesting board toy with a special concept. Users need to build their empire, they are given
upd
Comments (0)
Comment
Best games