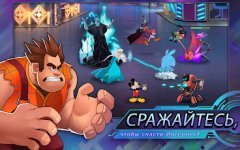 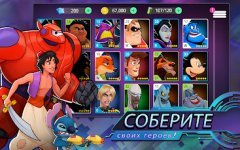 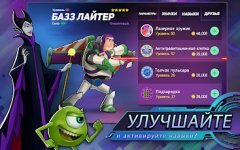 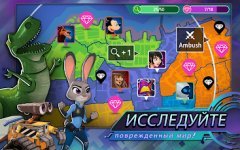 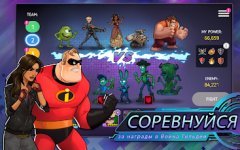 Disney Heroes: Battle Mode - bright animated action with role-playing game elements and turn-based battles, in which a considerable number of well-known cartoon characters from Pixar and Disney studios await users. An unknown viral infection managed to enter digital space and immediately began to infect many characters, turning them into villains. From now on, gamers need to confront evil forces and somehow eliminate the spread of this nightmarish madness. To implement the plan, users will have to go through the entire storyline campaign, as well as try to collect all the existing characters. The task will not be easy.
Download Disney Heroes: Battle Mode 2.5.01 on Android
Download: Original version

Tiny Gladiators 2: Heroes Duels - RPG Battle Arena
an arcade fighting game with RPG elements for OS Android, which is considered a continuation of the
upd

Castlevania Grimoire of Souls
A good role-playing action with a Gothic atmosphere, which was included in the famous game series.
upd

Disney Emoji Blitz
an interesting classic arcade game "three in a row", where you can meet your favorite Disney
upd

Pixel Gun 3D
the elements are executed in an unusual square-cubic style, covering all the heroes, equipment and
upd