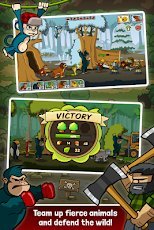 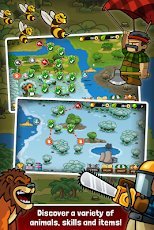 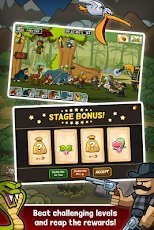 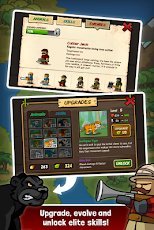 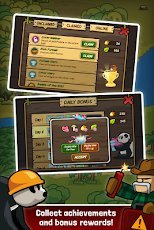 Lumberwhack: Defend the Wild - unusual game project, which is a kind of mixture of arcade and TD. The storyline develops around the hopeless African jungle, which began to actively cut down greedy loggers. Acting as a brave monkey Coco users have to lead the resistance, uniting all the inhabitants of the rainforests suffering from disgusting human activity. Throughout all seventy stages, animals will have to give an unreal rebuff to dashing lumberjacks in order to finally expel them from the jungle. In the process of passing levels, users will be able to improve the skills of animals, which will more effectively resist malicious enemies.
Download Lumberwhack: Defend the Wild 5.7.0 on Android
Download: Original version

Cooking Craze: Restaurant Game
mouth-watering arcade manager, where users will have to test their strength and skills in preparing
upd

Hybrid Animals
a rather unusual simulator with three-dimensional graphic effects, which allows you to create an
upd

WildCraft: Animal Sim Online 3D
a magnificent three-dimensional simulator of the wild animal world in which gamers will find
new

Butchero
A good action with RPG elements, containing a random generation of stages and events.
upd